I was inspired to write this post by a visit to the archives of the Met Office in Exeter. The collections hold some absolutely fantastic items, including a printed proclamation issued by Charles II in the mid-1660s ordering a day of fasting and prayer in an attempt to stop the terrible deluge of rain the kingdom was experiencing (which, following the wettest winter on record in the UK, certainly struck a chord with me). As you might expect, Hooke and his Royal Society colleagues were extremely interested in the weather. Hooke and Christopher Wren invented instruments to measure and record weather conditions, and Hooke and a host of natural philosophers across Europe kept detailed weather diaries, sometimes spanning decades. Hooke himself wrote a series of instructions about how best to do this. As well as recording temperature, wind direction and strength, and so on, Hooke suggested that weather-observers note the ‘Constitution & face of the Sky’ as well as any other notable features such as any ‘haloes or Rings’ that might encircle the sun or moon. One problem, though, was the lack of a standard set of descriptions for cloud formations. So Hooke set about creating his own classification scheme.

This is an extract from Hooke’s instructions to weather-observers, written in the early 1660s:

‘for the faces of the Sky they are soe many that many of them want proper names, & therefore it will be convenient to agree upon some Determinate ones by which the most usuall May be in breif exprest.

As let Cleer Blew, signify a very cleer sky without any cloudes or Exhalations.

Checkerd blew, a cleer Sky with many great white round clouds such as are very usuall in Summer.

Hazy, a Sky that looks whitish by reason of the thickness of the higher parts of the air by some exhalations not formd into Cloudes.

Thick, a Sky more whitned by a greater company of Vapours. these doe usually make the Luminarys looke bearded or hairy & are oftentimes the cause of the appearance of Rings & haloes about the Sun as well as the moon.

Overcast, when the Vapours soe whiten and thicken the air that the sun cannot break throw. and of this there are very many degrees which may be exprest by, a little, much, more, very much overcast. &c.

Let Hairy, Signify a Sky that has many small thin & high Exhalations which resemble locks of hair or flakes of hemp or flax. whose varietys may be exprest by, Straight or Curld &c according to the resemblance they beare. 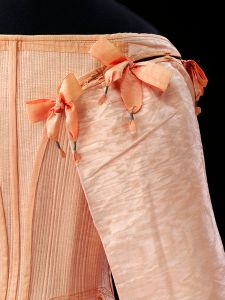 Let Waterd, signify a Sky that has many high thin & small clouds looking almost like waterd tabby, calld in some places a maccarell sky from the Resemblance it has to the spots on the Backs of those fishes.

Let a sky be calld Waved when those cloudes appear much bigger & lower but much after the same manner.

Cloudy, when the Sky has many thick Dark cloudes.

Lowring, when the sky is not only very Much overcast but has also underneath many thick dark clouds which threaten raine.

The Significations of Gloomy, foggy, misty, sleeting, driving, rainy, snowy, reaches or racks, variable &c are well known they being very commonly used. there may be also severall faces of the Sky compounded of two or more of these, which may be intelligibly enough exprest by two or more of those names.’*

It’s interesting that Hooke here is keen to record the ‘faces of the Sky’ – that is, the sky’s general appearance – rather than the several types of clouds (cumulus, etc). Hooke and his colleagues were keen to identify general patterns and trends – ways in which the weather might affect earthly bodies, and ways in which one aspect of the weather might correlate with or influence another. He devotes a whole section of his weather-recording instructions to ‘what effects are produced upon other Bodys’:

‘As what aches and Distempers in the bodys of Men, as what diseases are most rife as Colds, feavers, agues, &c. what putrefactions or other changes are producd in other bodys as the sweating of Marble, the burning blew of a Candle, the blasting of trees & Corne, the unusuall sprouting growth or decay of any plants or vegetables, the Putrefaction or lasting of bodys not usuall, the plenty or scarcity of Insects of severall fruites, graines, flowrs, roots, cattell, fishes, birds any thing notable of that kind.’

His recording of the daily weather in his own personal diary along with his various illnesses is, I think, a sign of his search for these kinds of links. He only rarely uses his own sky-naming scheme, more commonly recording the sorts of London conditions we all know and love: ‘fair morn flying white clouds’; ‘at night very stormy & Blustring’; and ‘much snow fell at night & ye next Day’.

Luke Howard FRS is credited with proposing the cloud nomenclature that we know today, in 1803. Historians suggest that he was influenced by the Linnaean classification scheme, and unlike Hooke he strove to explain how and why clouds appeared in their different forms. The French naturalist Jean-Baptiste Lamarck also proposed a system slightly earlier but it didn’t catch on. I don’t actually have any evidence of Hooke’s system in use either, but in many ways he was merely trying to standardise a nomenclature that people already used – most of these terms would have been familiar to his English contemporaries, including the ‘mackerel sky’ that originally caught my attention. Hopefully there’s some more ‘cleer blew’ on our summer horizon.

2 thoughts on “A mackerel sky”